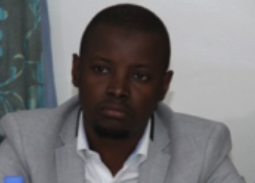 Abdourahmane DIOP is part of the Elite of the young managers who very early chose to be artisan of the development of their country by investing in strategic sectors such as construction and civil engineering, mining, oil and gas.

MR DIOP is a Civil engineer, graduated from Ecole Polytechnique de Thies (EPT) in 2005 and holds a Master’s degree in Soil Mechanics and Calculations of the foundations and Environment  delivered by the Ecole Centrale de Paris and the Ecole Nationale des Ponts et Chaussés (ECP / ENPC) in 2006.

Mr. DIOP holds an international MBA Paris DAUPHINE – SORBONNE – CESAG in 2016. He returned to Senegal just after his master’s degree at ECP / ENPC to take up his first position as Technical Director of BEXIM. He is also Vice-President of the Association of Graduates of the EPT (ADEPT) that involves more than 1300 senegalese and african engineers. He is also founding member and Secretary General of the Association of Laboratories and Geotechnical Engineering Offices of Senegal (ALBEG). In May 2011, Mr. DIOP joined LABOSOL as Deputy Managing Director.