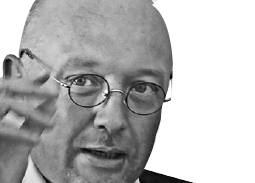 With 3 Masters under his belt Quentin Scouflaire joined the CTA Group almost 4 months ago today. After completing a Master in Law in 1988 and a Master in Economics in 1990 from the Catholic University of Louvain, Quentin Scouflaire began his career in 1991 in Audit. As Internal Auditor of the Belgian steel manufacturing company Cockerill Sambre (currently the ArcelorMittal corporation).

He then joined the Carmeuse Group, a leading global producer of lime, shortly after in 1993. In Carmeuse he would remain 10 years, where he would develop his career first as Internal Audit Manager/Group Controller and grow to become the CFO of their Benelux.

In 2003, Quentin left Carmeuse and pursued different horizons from 2003 to 2011 into multinational industrial companies.

Quentin Scouflaire joined a leading actor leader in the distribution of machines for the mining and construction industry in Europe and Africa, BIA Group, in September of 2011 where he was Group CFO & General Manager.

He then moved in July 2018 to become general manager of CTA Group, specialised in the distribution of vehicles and industrial goods in West Africa, based in Belgium, Senegal and Burkina Faso.

Throughout his career, Quentin Scouflaire based his professional choices on 3 main criteria: entrepreneurship, ambition and growth